One in three connections now superfast

Friday, February 27th 2015
Tweet
Share
Almost one-third of all internet connections in the UK can now be classed as 'superfast'. 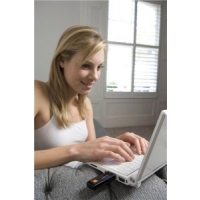 Superfast broadband networks now extend across significant swathes of the UK, with as many as one in three connections now capable of achieving superfast speeds.

Data published by UK communications industry regulator Ofcom have shown 32 per cent of connections are now able to deliver up to 30 Mbps connectivity for users, rising from 24 per cent in November 2013.

The average UK broadband speed now stands at 22.8 Mbps - up from the 18.7 Mbps average recorded in May last year. Overall, this 4.1 Mbps upturn was shown to be the single-largest absolute rise in broadband speeds recorded by the body to date.

He added that millions of UK households are now benefiting from superfast connections, as well as increased choice regarding their service provider.