Thursday, August 19th 2010
Tweet
Share
The likes of Sky, Virgin Media and Be Broadband have been nominated for the PC Pro best broadband ISP award. 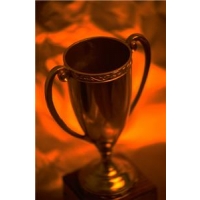 PC Pro has announced the finalists of its annual awards ceremony, which includes best home broadband internet service provider (ISP) and best mobile broadband among its many categories.

Be Broadband, Eclipse Internet, PlusNet, Post Office Broadband, Sky and Virgin Media are all in the running to pick up the best broadband ISP gong, with the prizes handed out based on average review ratings given by the tech magazine's readers.

Virgin Media and BT are also battling it out in the best mobile broadband category, alongside O2, Orange and Vodafone.

The latter of these providers recently moved to bolster its mobile broadband offering by launching a new modem, which allows multiple devices to be connected to the web at the same time.

Among the other categories to be contested are the laptop award - which sees the likes of Acer, Apple, Asus, Dell and HP fighting for top honours - and the netbook award.

Winners of the PC Pro Awards 2010 will be announced on the news provider's website on September 30th.