Monday, July 18th 2011
Tweet
Share
The Wi-Fi operator has been chosen to help improve internet services in the town. 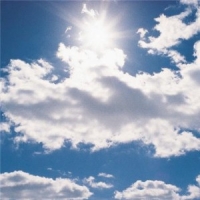 Colchester could become the first "high-speed wireless town" in the UK under new plans that have been approved by councillors.

The local authority has given the green light to a project designed to boost broadband speeds and access in the area by taking advantage of a range of wireless solutions.

As well as improving the internet browsing experience of residents, council chiefs believe the initiative could attract up to £15 million of investment into the town, reports the Gazette News.

Many of the improvements will be made through taking advantage of Colchester's existing CCTV network.

Among the project's partners is US-based telecoms firm Motorola and BriskNet, which will offer broadband to businesses and residents in the town centre.

County Broadband has been selected to boost current levels of internet access in rural parts of Colchester, while The Cloud will roll out wireless broadband across the area.

The Cloud, a public Wi-Fi hotspot operator, was acquired by BSkyB in January. At the time of the takeover, The Cloud had more than 5,000 Wi-Fi locations across the UK, which the satellite broadcaster planned to utilise to make its online services more widely available to customers.

In February, The Cloud announced a partnership with the City of London in which visitors to the Square Mile will be offered 15 minutes of free internet usage every day via mobile broadband-enabled devices, such as smartphones, laptops and tablets.

It is believed the service will be accessible to more than 350,000 workers, tourists and shoppers in the city centre every day.

Announcing the deal, chief executive of The Cloud Naunton Dickins said the scheme will enable people to get a "daily dose" of mobile broadband usage while they are out and about within the City.

"People will find their smartphones work much better on Wi-Fi than on their mobile phone network," he commented. "No more waiting for apps to appear or photos to download, this is mobile broadband in its true sense."