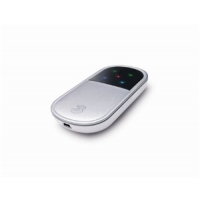 Virgin Media and 3 Mobile have been named the UK's best mobile broadband providers at the 2011 PC Pro Excellence Awards.

More than 11,000 readers of the magazine voted for the winners of 19 categories in this year's survey, with the results announced at a ceremony in London on Thursday night (September 29th).

PC Pro took the decision to name Virgin and 3 Mobile as joint recipients of the mobile broadband gong after just 0.01 per cent separated the two companies' overall user satisfaction scores.

Subscribers to 3 Mobile were particularly impressed with the carrier's connection speeds and value for money, which scored 70 per cent and 73 per cent respectively.

Just under four-fifths of customers stated they would be happy to recommend the internet service provider (ISP) to their friends and family.

Virgin Media was rated better than all the other nominees for reliability with 75 per cent.

Although the cable company piggybacks on T-Mobile's infrastructure for its mobile broadband service, Virgin scored 68 per cent for speed, six percentage points more than the network operator's own offering.

However, the poll found that mobile broadband download and upload capabilities remain an issue for many consumers, with Vodafone, BT and Orange all picking up ratings of less than 60 per cent.

Meanwhile, there were few surprised in the fixed-line broadband category, with Zen Internet picking up the prize for the eighth successive year.

Despite being less well known than the likes of BT, Sky and Virgin Media, Zen racked up an overall score of 90 per cent from PC Pro readers and fared particularly well for customer support and reliability, with ratings of 95 per cent for each.

Be Broadband and O2 took second and third places, while Eclipse Internet and Plusnet rounded out the top five.

AOL came bottom of the stack with a total score of just 43 per cent.