Thursday, January 23rd 2014
Tweet
Share
An Analyst from Point Topic has claimed BT and Alcatel-Lucent's new "fastest ever" broadband network could be subject to interference more than slower speed lines. 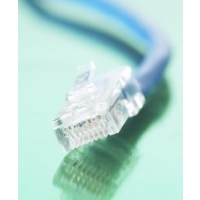 A leading Analyst has claimed that a new broadband network that has been formulated by BT and Alcatel-Lucent, which is claimed to be the "fastest ever", could be subject to interference.

Oliver Johnson from data and analysis firm Point Topic suggested that - although the connection was found to provide speeds as high as 1.4 Tbps when it was tested on a line between the London BT Tower and Ipswich - there could be risks involved in packing so much into one fibre optic cable.

He said: "The trade-off is, the more you squeeze into a fibre line, the more potential there is for interference and for error. What has got better is the fact they are able to pack these channels closer together and into the same space."

The two service providers have confirmed that in the case of the trial, it was a "stable, error-free operation".

Mr Johnson did go on to say that the new line was an example of BT and Alcatel-Lucent simply trying to be as efficient as possible with the fibre optic infrastructure they have available.