B4RN rural broadband network could have 2,000 customers in a year

Thursday, December 13th 2012
Tweet
Share
Chris Conder of B4RN has said the network could see a surge in customers over the coming months. 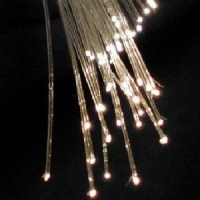 A north Lancashire rural broadband network is set to attract as many as 2,000 customers by the end of 2013, according to one of its founding members.

Chris Conder of the Broadband for the Rural North (B4RN) project told ZDNet UK that only around 14 properties have so far been connected to the service, while a further nine are poised to go live and around 60 more have been part-installed.

Within a year, some 2,000 customers could be hooked up to the fibre-to-the-home network, which is capable of delivering speeds of 1Gbps. If just 400 people sign up to the service, B4RN will be solvent, Ms Conder explained.

She went on to address the issue of how B4RN managed to find people with the necessary abilities to deliver the ultra-fast broadband infrastructure.

"It was only when several communities got together with their individual skill sets that we realised we had a network of people capable of building a fibre network," she said.