Wednesday, March 30th 2011
Tweet
Share
Chris Stening said it is "really hard" for Be to launch a fibre broadband service. 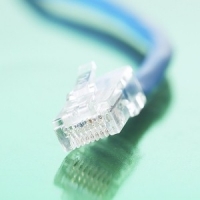 Be Broadband's chief executive has admitted the internet service provider (ISP) faces a number of challenges if it is to launch a fibre optic product.

Speaking to the Be Usergroup community, Chris Stening said it was "really hard" to make fibre broadband work, given the company's current commitment to offer unlimited usage to its subscribers.

Mr Stening went on to reveal the ISP will begin migrating customers from IPv4 addresses on to IPv6 in the final quarter of 2011 and assured subscribers the process will be "as smooth as possible".

"In the meantime we are fully aware of the need for IPv6 and have initiated a project with O2 to bring this to our customers in a streamlined and stable way," he remarked.

Virgin Media Business has previously played down fears over the move from IPv4 to IPv6, insisting reports of a shortage of addresses and the death of the internet have been "widely exaggerated".