Tuesday, October 26th 2010
Tweet
Share
Fibrecity has said it is connecting about 4,000 Bournemouth homes to its super-fast broadband network each month. 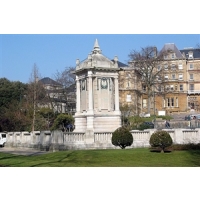 The Fibrecity project in Bournemouth is on track to deliver super-fast broadband to 25,000 homes by December, according to the provider.

Speaking to the Bournemouth Daily Echo, a spokesperson said approximately 4,000 properties are being connected to the network each month, despite recent delays.

The fibre optic broadband initiative ran into problems earlier this year, as Fibrecity's plan to run cables through the town's sewer system was abandoned when Wessex Water pulled out of the project.

However, the company reverted to installing its infrastructure underneath the pavements of Bournemouth and now claims to be making good progress.

"Many of the homes and businesses that the network has already passed can take advantage of super-fast broadband now if they want to," the spokesperson commented.

He added that the Fibrecity services will offer internet speeds "in excess of 100Mb/s", which is made possible because the cables run right to the home rather than stopping at the exchange.

The company recently announced plans to roll out its second UK broadband network in Dundee.