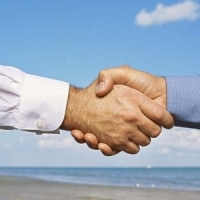 Yorkshire-based internet service provider (ISP) ask4 is looking to expand its operations by taking on several new members of staff.

Founded in 2000 and headquartered in Sheffield, the company delivers broadband connectivity to multiple tenant properties, such as student halls of residence across the UK.

Ask4, which currently employs more than 60 people, has agreed a deal with recruitment firm Benchmark to handle all its staffing requirements. Since the partnership was established, Benchmark has found ask4 new IT support, marketing, software development and marketing employees.

Group operations director at ask4 Matt Eley explained the reasons behind selecting the recruitment firm, which promises to visit every client that lists a vacancy.

"For us, finding the right recruitment consultancy was all about the quality of recruits and value of time saved," he remarked. "Working with Benchmark, we are confident that we are meeting the right person."

According to the Recruiter, Benchmark director Louisa Harrison Walker added the firm is "delighted" that ask4 has shown faith in its abilities.

The deal could help ask4 manage its numerous broadband deals, including its agreement with student accommodation operator Liberty Living.

A recent expansion to this contract meant the ISP began offering its fibre optic broadband service to university-goers living in Atlantic Point and Prospect Point in Liverpool.

More than 1,400 people live in the two properties and gained access to the high-speed internet proposition from the start of the 2011-12 academic year in September.

Its fibre-based product provides download speeds of up to 100Mbps, while the ISP has also brought several additional internet-based services to residents.

"With Liverpool housing three universities and becoming an increasingly influential commercial city, it is essential that student accommodation in the region offers market leading services in all aspects of its delivery," the company announced.