Monday, March 29th 2010
Tweet
Share
Broadband providers have upped the levels of information that they offer customers, a new study has revealed. 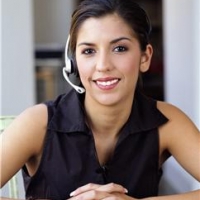 Home broadband providers have improved the level of information that they offer to prospective customers, a new study has shown.

Research carried out by Ofcom revealed that 85 per cent of mystery shoppers were given an estimate of the maximum speed available on their broadband line before signing up with a provider.

However, the telecoms regulator stated that its study also shows there are still significant improvements to be made in some areas, especially when it comes to customers being given information about connection speeds.

Ofcom has established that internet service providers (ISPs) use different methods for calculating and presenting information about line speeds.

Commenting on the research, Ofcom chief executive Ed Richards said: "Consumers are now receiving more accurate information at the point of sale about their broadband service."

He added that there is "room for significant further progress" and as such the regulator will be working together with ISPs to deliver it.

Last week, Ofcom unveiled its proposals for leading broadband provider BT to share its fibre-optic network with other operators in order to help facilitate the roll out of superfast broadband across the UK.