Thursday, March 5th 2015
Tweet
Share
The reclassification of broadband as a public utility could be a bad idea, BSG has claimed. 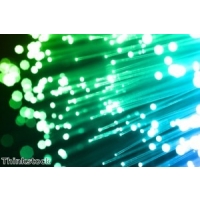 Recent weeks have heard calls for the reclassification of broadband services in the UK to place them in line with utilities like gas, electricity and water.

However, the Broadband Stakeholder Group (BSG) has now released a statement highlighting serious concerns over this proposed change.

According to BSG chief executive Matthew Evans, doing so could lead to reduced network investment in the years ahead and would mean competition in the sector is diminished.

He argued that the market at present is "fiercely competitive" and is encouraging of innovative solutions to boost speeds and levels of connectivity across the country; changes to the present dynamic could place this situation in jeopardy.

"Digital connectivity is becoming integral to our lives - indeed it is as important as a utility - but regulating it as such would mark a major intervention into the market, likely deterring investment, whilst adding to the regulatory burden," Mr Evans concluded.