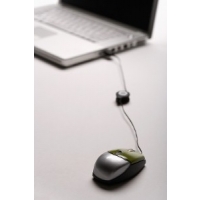 The Basingstoke Gazette reports that local people are unhappy about broadband poles that are being erected to help to bring the high-speed technology directly to their homes via Sky, calling them "unsightly".

These poles are to have fibre cables attached to them, but locals are worried they are set to be a permanent feature.

Local Councillors have conducted a survey of residents whose properties are being included in the broadband delivery trial, with 24 respondents airing their views on the situation. Some were critical of the poles, while others said they had no wish to switch broadband providers.

The survey results have been sent to Sky, with a comment explaining: "The overall complaint is not anti-broadband pilot, it is not anti-Sky - it is very clearly anti-telegraph poles."

In response, BSkyB's Graham Sargood said: "We will take these comments on board and ensure the way we communicate with residents is as clear as possible."