Wednesday, November 20th 2013
Tweet
Share
BT has fixed a troublesome Cumbria broadband exchange that has been frustrating residents since July. 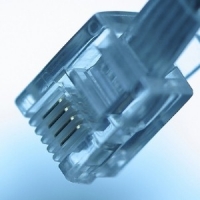 Residents in Cumbria who have spent the last few months frustrated by slow broadband speeds have finally had the problems rectified by BT.

Homes and businesses in Kirkby had been complaining about the service since July, but despite widespread unrest, it has taken until now for BT to take action.

In fact it took a petition initiated by a local businesswoman to bring the matter to the company's attention, reports the North West Evening Mail. Graphic Designer Claire Steel runs a business in Beckside, but the poor quality of her broadband connection was making it impossible for her to work from home.

But after the submission of the 50-strong petition and a meeting between Barrow and Furness MP John Woodcock and BT executives, engineers visited the exchange and fixed the fault.

Mr Woodcock said: "Engineers have now visited Kirkby and one BT technician spent six hours working in the small exchange behind the Burlington pub. This has resulted in customers finally getting a more reliable service."

Ms Steel claimed some residents are still reporting issues, but this is thought to be due to an unrelated problem.

Council signs data centre agreement
14th April 2014
A council in Kent has agreed a contract with a data centre in Maidstone.
Be Broadband keen to launch fibre service this year
29th June 2011
The company is planning to launch a fibre optic broadband service that is "unlimited and unshaped".
Be and O2 report growth in broadband customer numbers
13th May 2011
Parent company Telefonica has seen its broadband subscribers increase six per cent year on year.
Virgin Media and 3 Mobile named top mobile broadband providers
30th September 2011
The service providers won through at this year's PC Pro Excellence Awards.
New urban focus for Be Broadband founders
20th May 2011
Hyperoptic has been launched as a new venture by the founders of Be Broadband.
Be Broadband chief admits fibre challenges
30th March 2011
Chris Stening said it is "really hard" for Be to launch a fibre broadband service.