Friday, May 20th 2011
Tweet
Share
Hyperoptic has been launched as a new venture by the founders of Be Broadband. 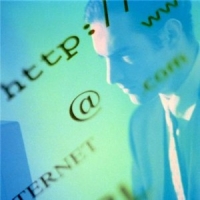 The founders of Be Broadband have announced their entry into the urban fibre broadband market after starting a new company - Hyperoptic.

First focusing on the London market, Hyperoptic aims to deliver fibre-optic broadband services of up to 1 Gbps (Gigabits per second) to large residential and office buildings in the capital.

Boris Ivanovic and Dana Pressman Tobak have set up the new venture, which has been designed to be independent of other providers such as BT, preferring instead to run parallel to these services, although the network does have some interconnectivity in certain areas.

According to the president of Hyperoptic Mr Ivanovic, the firm is hoping to push the boundaries of connection speed for its clients, as this is seen as a top priority by many.

He commented: "From consumers simply wanting to download an HD movie at home to fanatical gamers wanting to experience cloud-based action in 'real time', Hyperoptic is for everyone, because where information is expected instantly, the future will be fibre."

Mr Ivanovic added that many people simply accept the fact that the connection speeds they receive are not the ones that are advertised by providers. However, he claimed that this is his top concern and will ensure that Hyperoptic lives up to its claims, especially in this contentious area.

Meanwhile, Clodagh Murphy, director of Eclipse Internet, recently argued that demand for superfast broadband services in rural areas of the UK is gaining strength all of the time.

She noted that it is not only cities that wish to see the installation of superfast internet, with rural dwellers equally as passionate about getting the best broadband service they can.

Indeed, Ms Murphy commented: "We only have to mention superfast fibre broadband to see the demand from our customers."

Council signs data centre agreement
14th April 2014
A council in Kent has agreed a contract with a data centre in Maidstone.
Virgin Media and 3 Mobile named top mobile broadband providers
30th September 2011
The service providers won through at this year's PC Pro Excellence Awards.
Be and O2 report growth in broadband customer numbers
13th May 2011
Parent company Telefonica has seen its broadband subscribers increase six per cent year on year.
BT finally ends Cumbrian broadband woe
20th November 2013
BT has fixed a troublesome Cumbria broadband exchange that has been frustrating residents since July.
Be Broadband keen to launch fibre service this year
29th June 2011
The company is planning to launch a fibre optic broadband service that is "unlimited and unshaped".
Be Broadband chief admits fibre challenges
30th March 2011
Chris Stening said it is "really hard" for Be to launch a fibre broadband service.