Need advice? Call our experts free on
0800 090 1342
Menu
You are here:  Home » News » Councillor calls for residents to be kept in loop on fibre broadband 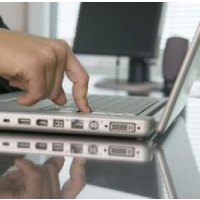 A local Councillor from Gloucestershire has criticised the county council for not giving residents and businesses enough information on when they will be connected to fibre optic broadband.

Paul Hodgkinson, Leader of Bourton on the Water and Northleach Council, has been taking county council bosses to task over what he says is a lack of communication regarding the £57 million rollout project that covers Gloucestershire.

Gloucestershire County Council responded to Mr Hodgkinson's request by promising that further details of when certain areas can expect to be connected to superfast speeds will be released in November.

The Fastershire fibre optic broadband rollout aims to introduce a next-generation service to around 90 per cent of Gloucestershire by the end of 2016.