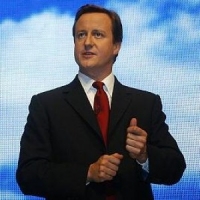 Prime Minister David Cameron has pledged to meet with Plymouth MPs and businesses to explain the government's decision not to include the city in its urban broadband scheme.

Plymouth was one of 27 locations to be featured on the original list of places in the running for the super-connected cities scheme, but missed out in the latest round of funding, which was announced during the Autumn Statement.

Instead, 12 cities - Brighton and Hove, Cambridge, Coventry, Derby, Oxford, Portsmouth, Salford and York in England, Aberdeen and Perth in Scotland, Newport in Wales and Derry/Londonderry in Northern Ireland - are set to share £50 million to improve their fixed and wireless connectivity.

In Prime Minister's Questions, Mr Cameron was quizzed by Conservative MP for Plymouth Sutton and Devonport Oliver Colvile on how the city could be included in the initiative.

Responding, the Tory chief said: "I am very happy to meet him. I know that he stands up very strongly for Plymouth and for Plymouth's economy."