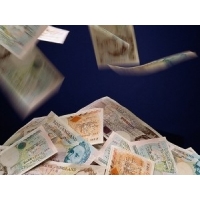 South Yorkshire's much-maligned rural broadband project, Digital Region, could receive up to another Â£45 million of taxpayers' money to help keep it afloat.

Launched in 2006, the initiative aimed to bring super-fast broadband within reach of more than half a million households and around 40,000 businesses in and around the cities of Barnsley, Doncaster, Rotherham and Sheffield.

However, Digital Region has struggled to attract customers after failing to secure a major provider - such as BT - to offer services via the infrastructure. Business Minister Michael Fallon claims only 3,000 customers are served by the network, reports the Telegraph.

Mr Fallon said MPs should consider a bailout of between Â£10 million and Â£45 million to help the network continue running and secure a new operator.

This would be cheaper than simply shutting down the network, as this would require severance costs being paid to contractors and the EU being reimbursed for a grant used to finance the construction, he explained.

The minister added: "We have to clear up the mess, but I am determined to limit the exposure of the government - and indeed of our taxpayers and our constituents - to any further cost."