Ed Vaizey says Wales is ahead of Scotland in broadband race

Wednesday, November 23rd 2011
Tweet
Share
Welsh broadband plans are ahead of those in Scotland and parts of England, according to Communications Minister Ed Vaizey. 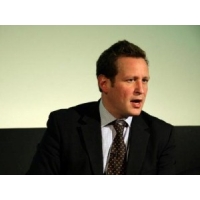 Communications Minister Ed Vaizey has declared Wales is "well ahead" of Scotland and most of England in its plans to roll out super-fast broadband.

Speaking to the Welsh Affairs committee, Mr Vaizey said the country has become a more attractive destination for overseas investment as a result of its broadband deployment scheme, reports the Western Mail.

Discussing the leadership shown by British administrations towards achieving their broadband goals, he stated: "Wales is well ahead of Scotland in terms of that. It is well ahead of most of England.

"In that sense I think there's a very attractive agenda for Wales to market around the world [for] inward investment."

The Conservative minister went on to hit out at criticism that the country has not received a fair share of the UK's broadband funding allocation. Some £56.9 million has been awarded to Wales, compared to £294.8 million for England and £68.8 million for Scotland.

While the overall amount given to Wales is substantially below the English and Scottish totals, Mr Vaizey insisted it still represents a "substantial allocation".

He claimed the Welsh funding is equivalent to around £63 per head of population, while England has to make do with about £44 per head.

At the same meeting, Aberconwy MP Guto Bebb stated Wales could be at a major disadvantage if the country's broadband rollout plans are hit by delays.

This could become a reality, he warned, as there is currently a limited number of engineers in Wales who are able to carry out any infrastructure deployments.

However, BT could be set to solve this issue after announcing earlier this month that it is planning to take on new engineers across the UK in the coming weeks.