Need advice? Call our experts free on
0800 090 1342
Menu
You are here:  Home » News » Everything Everywhere urged to fund super-fast broadband

Thursday, June 23rd 2011
Tweet
Share
The network operator should not profit from its spectrum sale, according to MPs. 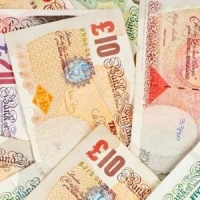 Everything Everywhere should invest the money it earns from the sale of spectrum into funding rural super-fast broadband networks, MPs have argued.

Following Ofcom's decision earlier this week to allow network operators to trade mobile airwaves between one another, the telecoms firm - which was formed by the joining of Orange and T-Mobile - is set to offload some of its spare capacity.

The sale of 25 per cent of its 1,800MHz band is required under the Office of Fair Trading's approval of the merger, but has been prevented as carriers have previously been forbidden from offloading spectrum.

However, although Everything Everywhere is not getting rid of the spectrum through choice, the company could still benefit from the sale to the tune of almost Â£300 million, reports the Daily Telegraph.

This has sparked dissent from some MPs, as the airwaves were originally given to Orange and T-Mobile back in the 1980s to help them compete with O2 and Vodafone.

Labour MP Tom Watson, a member of the Department for Culture, Media and Sport Select Committee, said: "Do you think it is right that the government should give away a public asset to a private company that it then makes a surplus on? The British taxpayer is not getting any of the money but the French and German governments will."

Instead, Mr Watson and shadow digital economy minister Ian Lucas have suggested the cash be used to make up for the shortfall in rural super-fast broadband funding, which culture secretary Jeremy Hunt owned up to earlier this month.

At the time, Mr Hunt revealed that although Â£530 million has been earmarked to help pay for the deployment of faster broadband, local authorities will have to find a further Â£530 million themselves.

This cash will have to come from private investment, European backing or from their own budgets, he explained.