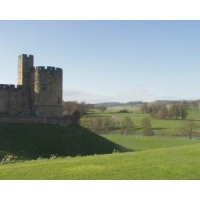 The introduction of fibre optic broadband to the most rural areas of the UK should be a priority for the government, according to the leader of Northumberland County Council.

Steve Stewart - who was speaking at a skills fair at Northumberland College - said the lack of educational facilities that young people have in remote areas means they should be first in line for superfast speeds.

According to a report from The Journal, students in areas like Berwick have to travel for more than an hour - to the town of Ashington - to access further education.

Mr Stewart stressed that next-generation broadband is vital as it would allow students to study from home.

He said: "If it kills me, we will have high-speed internet before any other rural county in England, because it is key to sustaining rural areas.”

The Chief Executive went on to say that service provider BT is not doing enough to install connections in the most far-flung areas of Northumberland.

This follows criticisms from the likes of Wakefield MP Mary Creagh that the company is excluding some rural areas from rollout projects as they are not seen as commercially viable.