Monday, December 30th 2013
Tweet
Share
The chief executive of a Hampshire business has praised BT's decision to award it a contract for an undersea broadband project. 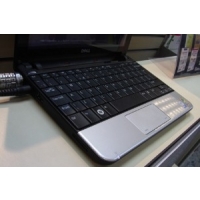 The boss of a small to medium-sized enterprise (SME) from Hampshire has hailed its involvement in a new undersea broadband project.

A-2-Sea Solutions from Romsey is one of three companies that has been selected by BT to help install fibre optic broadband infrastructure offshore in the Scottish Highlands.

Chief Executive Steve Wells told the Daily Echo that it was quite a coup for the firm to be chosen for such a high-profile initiative and confirmed the contract - which is worth £26.9 million - will give opportunity for expansion.

He said: "The company will have to grow to accommodate the extra work so we are looking at creating two or three new jobs, which is a big positive."

During 2014, engineers will install a network of 20 new fibre optic broadband cables off coastland between Orkney and Kintyre. The project is part of a wider scheme by Highlands and Islands Enterprise, which has seen a £146 million investment to boost connectivity throughout northern Scotland.