Home broadband 'the new going out' 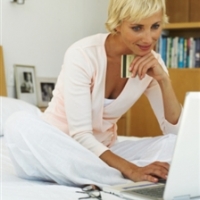 Britons are so in love with their home broadband systems and other household technologies that they prefer to stay in than take a night out on the town, a new poll suggests.

Approximately a third (32 per cent) of people have invested in home entertainment improvements over the last year, according to the survey by leading broadband provider T-Mobile.

The study reveals that more than half of Brits (53 per cent) now prefer to spend quality time with friends and family by inviting them over to their house, rather than meeting in bars and restaurants.

Some 12 per cent of respondents have invested in a larger TV, nine per cent have enhanced their home entertainment systems by purchasing games consoles and 14 per cent of people invite their friends over to play video games.

Commenting on the figures, Stephen Gater, head of marketing for home entertainment at LG UK, has suggested that home broadband will only become more widespread.

"Built-in internet connectivity is exactly the way that we're going to go," he said. "That's a trend that's going to continue - everything now has to connect."