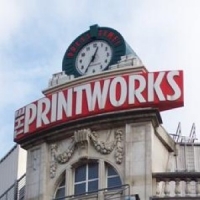 Manchester's inclusion in the list of ten cities to benefit from government funding for ultra-fast broadband has been welcomed by local thinktank New Economy.

Chancellor George Osborne confirmed in his Budget speech that Manchester will receive a share of the £100 million Urban Broadband Fund, along with Birmingham, Bristol, Leeds and Bradford, Newcastle and the UK's four capitals.

The north-west city is set to receive £12 million to support the rollout of ultra-fast broadband with speeds of at least 80Mbps. The project is designed to boost connectivity in urban areas that are set to miss out on deployments from BT and Virgin Media.

Only Belfast, London and the joint proposal between Bradford and Leeds will potentially receive more funding than Manchester.

As well as expressing satisfaction at Manchester's inclusion on the list, Dr Roy stated he is pleased that the city is guaranteed to receive all of the funding it applied for. In contrast, all the other winning bidders have been allocated two totals - a "base award" and the maximum possible amount they can receive.

"We submitted a strong bid along with our key partners, including Manchester City Council and Transport for Greater Manchester," Dr Roy commented.

"The economic benefits are huge and will be wide-ranging. Households will benefit from a change in the way they use broadband services, whilst businesses will be able to reach out to new markets, both in the UK as well as overseas."

According to the Department for Culture, Media and Sport, the ten winning proposals will see ultra-fast broadband access extended to around 1.7 million properties and 200,000 businesses over the next three years.