Monday, October 14th 2013
Tweet
Share
BT says an area of central Edinburgh will not be included in its Â£2.5 billion rollout of fibre optic broadband. 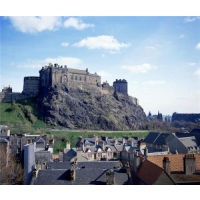 Residents and business owners in Edinburgh have been left frustrated after BT confirmed the city would not be included in its latest fibre optic broadband rollout.

The area of the city centre that is served by the Rose Street Exchange is currently served by a copper line that provides much slower speeds than superfast fibre connections.

But despite taking on a £2.5 billion nationwide project to increase fibre optic coverage all over the UK, the service provider says there will be no upgrade to the infrastructure at the Rose Street Exchange as it "does not meet the criteria for commercial inclusion".

According to the Scotsman, the reason behind the decision was based on research by BT that showed there was not a dense enough population of residents in the vicinity of the exchange.

But locals have hit back, arguing that - especially during the Fringe Festival season - speeds drop to unworkable levels. Nightclub owner Dennis Chester explained how Edinburgh is desperate for an improved service.

He said: "This is worse than dial-up, and worse than most third world countries. The ancient BT infrastructure could just not cope, overwhelmed by demand it seems."