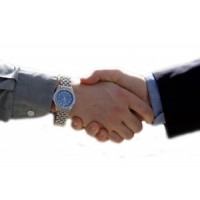 Oxfordshire County Council is set to start discussions with internet service providers (ISPs) in the coming weeks as part of its strategy to boost broadband connectivity.

According to the Oxford Mail, the local authority has begun "competitive dialogue" with ISPs as it seeks to identify a communications firm to carry out necessary infrastructure improvement work under the county's Better Broadband programme.

A report to the county's growth and infrastructure committee explained: "The programme will enter into competitive dialogue with prospective partners in November 2012."

The council is looking to improve broadband provision away from the towns and cities of Oxfordshire, which is the most rural county in south-east England.

A total of £13.86 million is set to be invested in the strategy, with £10 million coming from the council's own budget and £3.86 million from Broadband Delivery UK.

In addition, the project aims to utilise £2.1 million from the government's Growing Places Fund to bring "beyond super-fast" broadband to enterprise zones in Harwell and Milton Park.