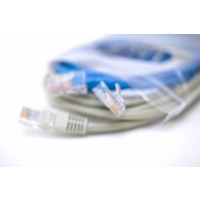 Support from the public sector is essential in making sure fibre optic broadband is brought to the most rural areas of the UK, according to the Director of a Scottish rollout project.

The comments from Stuart Robinson - who represents Highlands and Islands Enterprise (HIE) - came after it was revealed a total of £158 million will have been ploughed into introducing superfast speeds to Scottish premises by the end of 2016.

He claimed the low population density of many rural areas of the country means it is unlikely they would be included in BT's commercial rollouts without government subsidies and dedicated public projects.

Mr Robinson said: "Commercial rollouts taking place across the UK would have reached no more than one in five premises in the Highlands and Islands."

However, he went on to say that thanks to the superfast broadband scheme, which is part of the government's Broadband Delivery UK targets, it is hoped 84 per cent of the country should have next-generation access in three years time.