Wednesday, January 21st 2015
Tweet
Share
The next phase of ambitious broadband plans for Devon and Somerset is to get underway in February. 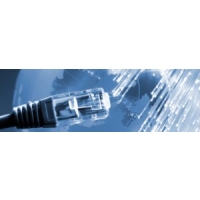 The second phase of the ongoing Connecting Devon & Somerset (CDS) superfast broadband rollout scheme is set to get underway next month.

From the end of February, a further £38 million is to be channelled into the provision of improved broadband access for communities across Devon and Somerset, with the project aiming to build on the more than 100,000 homes and businesses that were furnished with improved broadband connectivity under the first phase of the scheme.

Deputy Leader of Somerset County Council David Hall said: "The rollout of the superfast broadband infrastructure across our region has made excellent progress despite being one of most challenging terrains in the country."

He added that this second tender phase marks a key milestone in the local authority's aim of delivering 100 per cent coverage for superfast broadband for the area by the end of the decade.

Funding for this latest phase of the project was secured from the Heart of the South West Local Enterprise Partnership in August last year.