Friday, November 16th 2012
Tweet
Share
BT has angered a south Wales couple by installing a broadband cabinet outside their house. 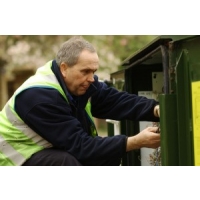 A south Wales couple have complained to BT after engineers installed a super-fast broadband street cabinet outside their home without their knowledge.

Debra Phillips and her partner David Gray, of Briton Ferry, returned home after a weekend away to discover the sizeable green cabinet located outside their property, reports the South Wales Evening Post.

As well as complaining that they had not been informed about the work, Ms Phillips accused the engineers that carried out the installation of being rude.

"We told them we hadn't been given any notice about it and they said it was nothing to do with us," she explained.

Furthermore, the householder is concerned about the effect the broadband cabinet may have on her property. She revealed an estate agent told the couple that the green box could devalue their home.

However, Miles Shipside of Rightmove recently told the Telegraph that a fast broadband connection is becoming increasingly important to home-movers.

People rely on high-speed broadband access for everything from working at home to streaming TV and movies, he noted.