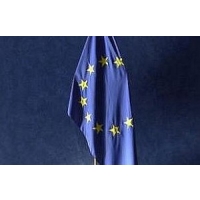 More than half of homes across the EU can now access super-fast broadband, according to a new study from Point Topic.

The report, entitled Broadband Coverage in Europe in 2011, reveals over 50 per cent of residential properties are passed by next-generation broadband networks offering speeds of at least 30Mbps.

However, significant disparities were recorded in the level of access between different countries.

Belgium, Malta and The Netherlands all have higher than 98 per cent super-fast broadband coverage, while in Cyprus, Greece and Italy this figure stands at less than 11 per cent. All remaining countries were in the 35 to 75 per cent range.

Basic broadband - defined as services that provide speeds of at least 144kbps - is available to 96 per cent of households, with only three EU nations having less than 90 per cent coverage.

European Commission vice president Neelie Kroes said the study "will help to guide decisions on where EU and private money can be invested to provide the best long-term return for taxpayers and investors".