Thursday, April 16th 2015
Tweet
Share
Broadband delivery has been given a high priority in the Conservative Party manifesto. 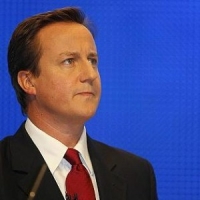 The Conservative Party has published its manifesto ahead of next month's general election and in it they have outlined plans to deliver a major boost to superfast broadband for the nation.

Prime minister David Cameron has outlined a commitment to make the UK a leader in Europe in terms of both the affordability of superfast broadband and the level of coverage.

He argued: "We should invest in the things that really matter ... science, superfast broadband, our railways and roads."

Overall, the Conservatives have taken a strong stance on developing UK infrastructure in its pre-election manifesto, with broadband connectivity highlighted as a chief priority in ensuring homes and businesses are able to make use of the latest and most efficient online services.

Mr Cameron concluded that efforts are already underway to deliver on these promises, with more than 40,000 properties being connected to new fibre optic services every week.