Thursday, June 13th 2013
Tweet
Share
The SNP has criticised the UK government for backing out of broadband upgrade plans for Aberdeen. 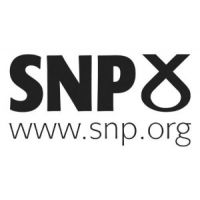 The SNP has accused the UK government of going back on its promise to improve broadband infrastructure in Aberdeen.

A letter from the Department for Culture, Media and Sport (DCMS) to the SNP's Aberdeenshire West MSP Dennis Robertson revealed that central government funding for broadband upgrades in the city could no longer be targeted at infrastructure improvements.

The DCMS explained that it had decided to abandon the infrastructure plans amid fears that the EU would launch an investigation into state aid, potentially delaying the process by a year.

As a result, the funding will now be used on a voucher scheme to encourage more people to sign up for broadband - but this will come as little consolation to Aberdeen, which already has one of the highest levels of uptake in the UK.

Commenting on the news, Mr Robertson said: "[The Conservatives and Liberal Democrats] were fully aware of EU rules when they promised to improve Aberdeen's broadband infrastructure, so for them to now use those rules to break their word is simply not good enough."