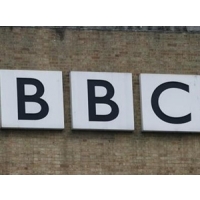 Chief executive of Virgin Media Neil Berkett has voiced his support for the government's proposals on the rollout of super-fast broadband in the UK.

Last week, chancellor George Osborne announced that the BBC will be asked to contribute to the £530 million allocated to next-generation broadband in the comprehensive spending review.

It is thought that £300 million will be redirected from the licence fee over the next four years for this purpose.

Speaking to the Guardian, Mr Berkett said he believes this course of action to be "absolutely appropriate".

He told the newspaper: "We are going through an evolving process here both in terms of the BBC and in terms of cutbacks. It is a changing landscape we are monitoring and watching."

The chief executive made his comments as Virgin Media confirmed its plans to start the rollout of a new broadband service with speeds of 100Mb/s from December.

Earlier this week, the government confirmed that four regions - the Highlands and Islands, Cumbria, North Yorkshire and the Golden Valley in Herefordshire - have been chosen as rural broadband pilot areas.