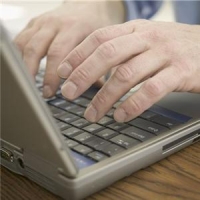 Parts of the UK will be able to receive Virgin Media's new super-fast broadband service from the beginning of December, the company has announced.

Unveiling its financial results for the third quarter today (October 27th), the firm said internet users in areas of London, the south-east and Yorkshire will be the first to access its 100Mb/s connection.

Pre-registration for the service has now begun and Virgin Media plans to extend the rollout to homes around the country next year.

"We are extending our lead in broadband even further with the imminent availability of 100Mb/s as consumer demand for consistently faster broadband grows," said Neil Berkett, chief executive of the provider.

The company said it is also continuing to trial a 200Mb/s broadband service in customers' homes.

Virgin Media revealed that its total number of broadband subscribers increased by 35,100 to reach 4.24 million during the third quarter.