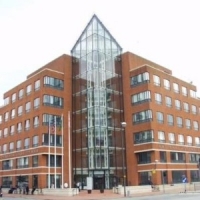 The Welsh Assembly Government's (WAG's) broadband support scheme has helped a "not-spot" in the south-west of the country get connected.

Communities in and around St Davids in Pembrokeshire have historically struggled to cope with poor-quality BT infrastructure, with some local residents and businesses even failing to get a decent home phone service.

But thanks to WAG funding, the Treleddyd Fawr Community Broadband Project will bring high-speed internet access to around 20 firms in the area, as well as householders, for the very first time.

Project coordinator John Warren explained the delivery of wireless broadband, provided via a transmission tower erected by the TFL Group, had been the "only viable option" for improving connections.

Jonathan England, director of the TFL Group, added: "We are expecting the new high-speed telephony services to make a huge impact to business and homes in the area."

Elsewhere in south Wales, BT announced earlier this month that its fibre optic broadband service will be coming to Pontycymer and Blaengarw by spring 2012.