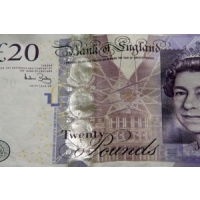 A Worcestershire county councillor has insisted the local authority's plans to improve broadband connectivity in the area do not represent a blank cheque for the private sector.

Earlier this month, the council unveiled plans for an £8.5 million investment in universal broadband access, which is set to see super-fast speeds delivered to 90 per cent of properties across the county by 2015.

It is necessary for the administration to partially fund broadband rollouts in some communities, as the private sector is only expected to pay for deployments to two-thirds of homes and businesses across the UK for commercial reasons.

Simon Geraghty, economy and infrastructure chief at Worcestershire County Council, said the body is financing physical improvements to road and footpath networks, but is also eager to ensure local digital services are up to scratch, reports the Droitwich Standard.

He commented: "We know Worcestershire is a great place to live, but in the future the places that do well are going to not only be nice places to live but great places to work.

"We can reduce the need for people to commute ... by making it easier for them to live and work here by making sure businesses are connected to the wider world."

As a result, Mr Geraghty insisted the £8.5 million of funding - along with a potential £3.3 million from Broadband Delivery UK - will not simply help to line the pockets of telecoms firms.

Instead, it will go a long way to increasing the coverage of broadband, which the councillor claimed has now become the "fourth utility".

The council's broadband money is in addition to £400,000 from the Green Investment Fund and £300,000 from sustainable transport initiatives.

As well as delivering super-fast broadband to 90 per cent of Worcestershire properties, the council's plan will see the remainder of homes and businesses gain access to minimum speeds of 2Mbps.